Natti has accumulated billions of views on YouTube and tens of millions of followers across her public social media platforms. This Amazon Original reality series marks the first time she’s given us an inside glimpse at her personal life.

The all-access series gives us an inside look at how Natti navigates the Latin music scene. Featuring friends and collaborators who’ve shared with her in her journey. Names like Daddy Yankee, Prince Royce, Becky G, Yovanna Ventura, Ariadna Gutiérrez, and many more.

On today’s episode of Contrast News, Natti Natasha chats with Alex Quin and Gigi Rivera about her new series and her life as a mom.

Watch this exclusive clip below from ‘Everybody Loves Natti’ on Amazon Prime. 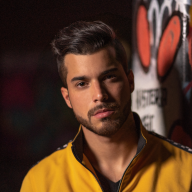 Alex Quin™ is a full stack digital marketing expert. He is partner and CMO at Contrast Publishing. He is the founder and CMO of UADV™- a member of the Forbes agency council with ties in the entertainment, fashion, e-commerce industries. He's had collaborations & partnerships with brands McLaren, Microsoft, Puma, VaynerMedia, Manychat, INBOUND, and Florida International University. He is the host of Hustle Inspires Hustle podcast streaming in 95+ countries with guests like Andy Frisella, Neil Patel, Grant Cardone, Randi Zuckerberg and Olivia Ormos.

Jessy Terrero is a Dominican film and music video director, actor and media personality. As an actor